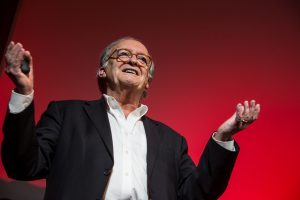 1. There is no change unless it is behavioural change

2. Change behaviours, get culture; not the other way around

3. Behaviours sustain processes, not the other way around

4. A small set of behaviours has the ‘non-linear’ power to create high impact

5. A relatively small number of individuals within any organisation have great power in the creation of change. This power is related to various factors such as high connectivity with others, high trust, or morals, non-hierarchical authority (PS. It’s not just about ‘volunteers’)

6. Behaviours endorsed and spread by that small group of individuals within an organisation (‘activists’) create ‘social tipping points’ where those new behaviours become established as a norm. ‘Critical masses’ of individuals adopting those new behaviours are created via imitation and social copying in similar ways as trends or fashions are created in the macro-social arena. It’s an infection, not broadcasting

7. The role of the formal hierarchy, management and leadership, is to support those small groups of highly influential employees who ‘infect’ the organisation with the changes they have endorsed. It is therefore a role largely back-staged or ‘invisible’

8. Peer to peer Viral Change™ works better when it’s spread informally (but orchestrated; we call it a process of ‘designed informality’). Viral Change™ must not be a formally labelled ‘Change Management Programme’

9. Viral Change™ is neither top-down nor strictly speaking bottom-up, but multi-centric and distributed across the organisation.

10. Stories are the best currency of change. Story-capture and story-telling is key to Viral Change™  .

12. Viral change ™ as a methodology consists of the tailored combination of activities or interventions around the previous principles which create faster and more sustainable change. In a nutshell it entails (a) the uncovering and articulation of a small set of (‘non negotiable’) behaviours to sustain the change goals, (b) the identification of and reaching out to a small number of well connected and influencing employees, (c) the ongoing coach and support to that community of champions and (d) the capturing of changes and tracking of progress via stories and other means

13. The leaders of the process (internal project team and external Viral Change™ consultants in whatever combination) work directly with (a) the leadership of the organisation, (b) the community of activists, (c) the supporting functions such as HR or OD or IT

14. In the digital era, Viral Change™ is greatly supported by a dedicated IT infrastructure such as the ones provided by the Web 2.0/Enterprise 2.0, for example, internal social networking [yammer type]  collaborative software, IM/blogging/real time input (twitter). The existence of these digital platforms in organisations is a bonus but not a condition sine qua non for Viral Change™ to work

15. Viral Change™ has been pioneered by The Chalfont Project as a way to create fast and sustainable change in organizations whether business, public or private sectors. Its principles also apply to the macro-social arena.