Status of this document By Judy Rees Third draft, 26 September, 2006 (incorporating suggestions from James Lawley) Introduction Symbolic Modelling is a practical methodology for change, and for modelling success, and so tends to tell its own story through anecdotes and case studies. However it is informed by, and consistent with, various well-established theoretical perspectives.  This document […]

Status of this document

Symbolic Modelling is a practical methodology for change, and for modelling success, and so tends to tell its own story through anecdotes and case studies. However it is informed by, and consistent with, various well-established theoretical perspectives.  This document aims to make explicit the links with these bodies of knowledge, and suggests directions for further reading. We hope it will clarify where Symbolic Modelling fits in and perhaps inspire fresh thinking and debate. It is not intended to be exhaustive – Symbolic Modelling is a relatively new field, and is in the process of forming new links with the work of other academic communities around the world.

Symbolic Modelling was developed by Penny Tompkins and James Lawley

from the work of David Grove. For a full description of it,
see James and Penny’s book, Metaphors in Mind (The Developing Company Press, 2000).

The following areas of study have been among those with the greatest influence on Symbolic Modelling, according to James Lawley (private correspondence):

In the remainder of this document I will take each of these in turn, offer a basic definition and suggest further reading.

1. Experiential Constructivism (as a core philosophy)

This way of thinking is summed up in Alfred Korzybski’s famous remark, “The map is not the territory”.

Like Neuro-Linguistic Programming (NLP), Symbolic Modelling accepts that each of us creates our own experience of reality, which may have little relation to any external world “out there” in space-time. 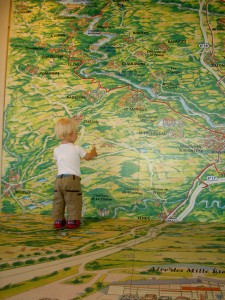 However we are constrained by our biological and psychological experiences. Mark Johnson says in The Body in the Mind: “Our reality is shaped by the patterns of our bodily movement, the contours of our spatial and temporal orientation, and the forms of our interactions with objects.” (p. xix)

Fritjof Capra, The Web of Life, p260 says something similar slightly differently: “Cognition is not a representation of an independently existing world, but rather a continual bringing forth a world through the process of living.”

(The academic study of metaphor, cognition and language)

Cognitive Linguistics brings together aspects of two academic fields – cognitive science and linguistics – to examine the influence of language on cognition, and of cognition on language. Metaphor is frequently seen as important within this academic field, and, of course, takes centre stage in Symbolic Modelling.

Metaphors in Mind p29: “People can be regarded as self-organising systems – and so can their Metaphor Landscapes.”

3. Evolutionary dynamics (as a model of the change process)

Evolutionary dynamics, as a field, is concerned with the processes of adaptation, development and evolution.  (This has included applying mathematics and computer science to the study of biological evolution).

(Enjoy a 1970 experiment, the Game of Life, here: http://en.wikipedia.org/wiki/Conway’s_Game_of_Life)

Evolutionary dynamics assumes that order emerges spontaneously out of chaos and is ‘selected’ for its ‘survival value’. Once self-organisation starts, its primary function is to maintain itself and doing that requires continually adapting to changing circumstances, both external and internal.

(as the basic model of human cognition and relationships)

Here ‘Systems Thinking’ is taken to be a reasonably useful model of human cognition and relationships. However, the aim, as John McWhirter points out, is to ‘Think Systemically’.  Senge gives this definition in The Fifth Discipline (p6):

and we know that it will rain. We also know that after the

storm, the runoff will feed into groundwater far away, and

the sky will grow clear by tomorrow.  All these events are

distant in time and space, and yet they are all connected

within the same pattern. Each has an influence on the rest,

an influence that is usually hidden from view. You can only

understand the system of a rainstorm by contemplating the

whole, not any individual part of the pattern.

“Business and other human endeavors are also systems. They too, are bound by invisible fabrics of interrelated actions, which often take years to fully play out their effects on each other. Since we are part of that lacework ourselves, it’s doubly hard to see the whole pattern of change. Instead, we tend to focus on snapshots of isolated parts of the system, and wonder why our deepest problems never get solved. Systems thinking is a conceptual framework, a body of knowledge and tools that have been developed over the past fifty years, to make the patterns clearer, and to help us see how to change them more effectively.”

O’Connor and McDermott (p2) offer: “Systems thinking looks at the whole, and the parts, and the connections between the parts, studying the whole in order to understand the parts. It is the opposite of reductionism, the idea that something is simply the sum of its parts.”

In other words, traditional models featuring cause-effect relationships fail to capture the fascinating complexity of cognition and relationships. Life’s more interesting than that!

“In response to a Universe in flux, living systems are forever adapting, learning and evolving…” Metaphors in Mind p36.

From this perspective the client is like a newborn baby – it’s in his nature to learn, grow and develop. He will attempt new behaviours and, in these attempts, will find new things to attempt.

One consequence of this perspective is an expectation that the client’s desired outcome is likely to change as the client self-models.

By taking a developmental perspective, Symbolic Modelling sees change as following a more-or-less predictable sequence, in which each particular step must integrate and transcend previous steps.

6. Modelling as the principal methodology

“Modelling is a process whereby an observer, the modeller, gathers information about the activity of a system with the aim of constructing a generalised description (a model) of how that system works. The model can then be used by the modeller and others to inform decisions and actions. The purpose of modelling is to identify ‘what is’ and how ‘what is’ works – without influencing what is being modelled. The modeller begins with an open mind, a blank sheet, and an outcome to discover the way a system functions – without attempting to change it.” Metaphors in Mind p22

‘Metaphors in Mind’ compares the modelling process to reverse-engineering, as described in Pinker (How The Mind Works, W W Norton, New York, 1999).

Metaphors in Mind goes on to say that Symbolic Modelling differs from traditional modelling in three ways:

The origins of NLP lie in a series of modelling projects carried out by Richard Bandler and John Grinder. A description of the process is given in Whispering in the Wind (Grinder and Bostic St Clair 2002), and the results are documented in the NLP “classics” listed below. Symbolic Modelling was itself the outcome of Penny and James’s NLP modelling project.

Suggested reading: About the Modelling process

Most NLP books are about the results of modelling projects, not about the modelling process itself. For example, the first five (pre-NLP) books by John Grinder & Richard Bandler’s (and others) were the product of their modelling. You have to read between the lines to infer how they modelled: